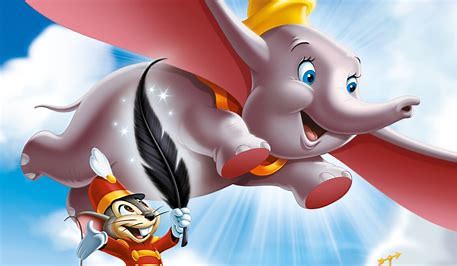 “Dumbo” is a 1941 American animated fantasy film produced by Walt Disney Productions. The main character is Jumbo Jr., an elephant who is cruelly nicknamed Dumbo, as in “dumb.” He is ridiculed for his big ears, but in fact he is capable of flying by using his ears as wings. Throughout most of the film,
his only true friend, aside from his mother, is the mouse, Timothy – a relationship parodying the stereotypical animosity between mice and elephants. At 64 minutes, it is one of Disney’s shortest animated features and is considered to be among the greatest animated films of all time. The film will be screened at 10 a.m. on Saturday, July 16.