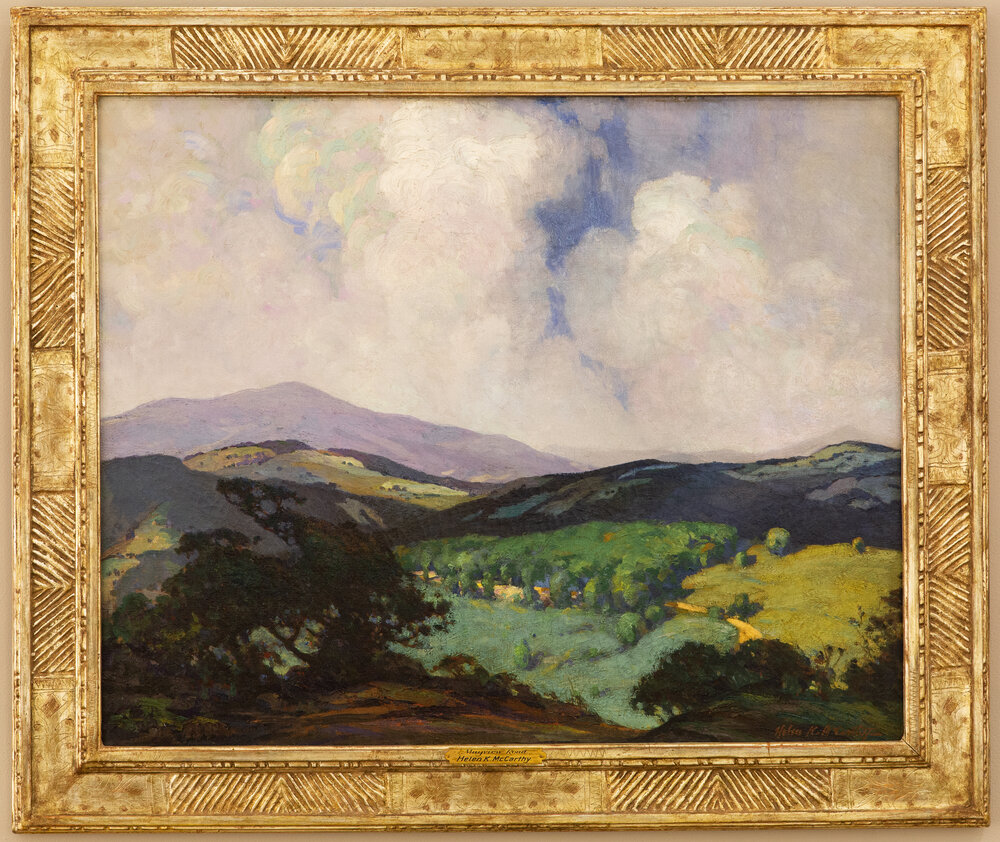 Presented in the Rankin East Gallery.

Janet Wilson was a curious and focused collector. Once she had narrowed her focus to “female painters,” she decided to more specifically concentrate on those women who had accompanied Elliott Daingerfield to Blowing Rock. Some of these artists later became well-known members of The Philadelphia 10, a leading group of women in American Art, and their prices were commensurate with their fame. But her perseverance paid off: she acquired works from all but one of the Philadelphia 10 and these works brought her true delight.