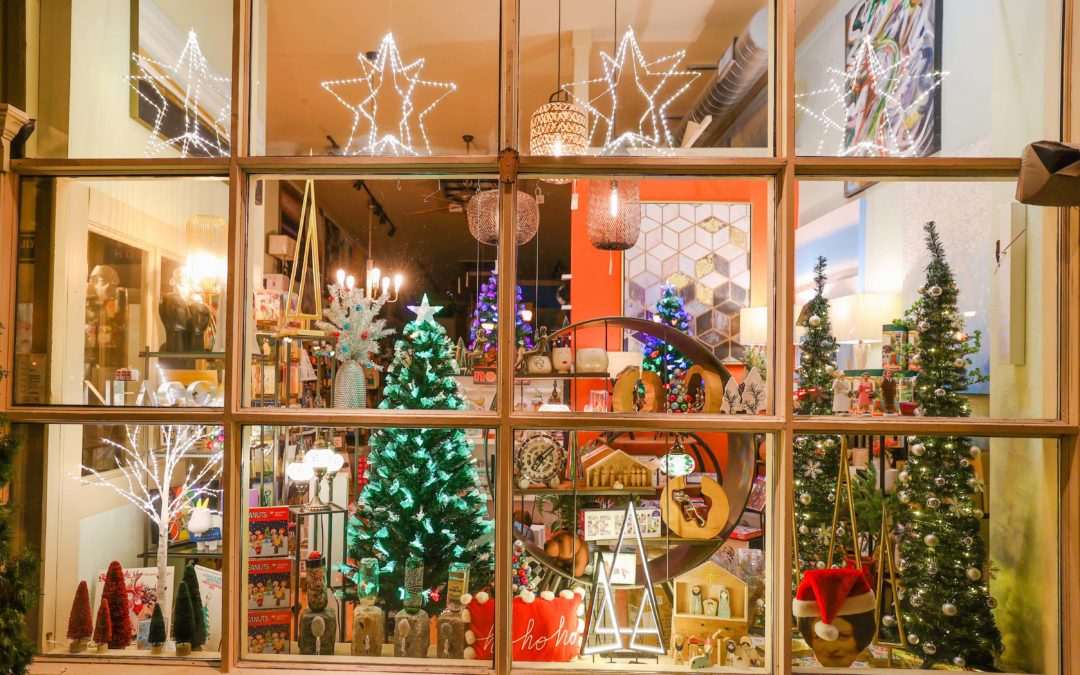 As a part of the Holiday Stroll, a poll was opened for the Favorite Holiday Window Display. Votes were cast in the weeks leading up to the Stroll and the poll closed on December 9th at noon. neaco won the poll, securing the title of “Best Holiday Glow” for 2022.

Keith and Russell captured the store’s unique style in the lighted window display. They were elated to learn that they won, and attributed their success to their customers who were kind enough to vote for them. The poll closed with neaco securing 31 percent of the votes. First runner up was Bee & Boxwood with 14 percent, and second runner up was Final Touches with 10 percent of the votes. 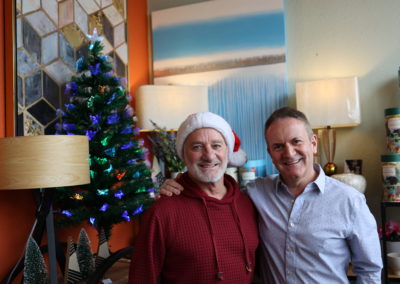 A big thank you to everyone who participated and voted in this year’s poll. What fun window displays will next year bring? Stay tuned, the search for “Best Holiday Glow” will be back in 2023.