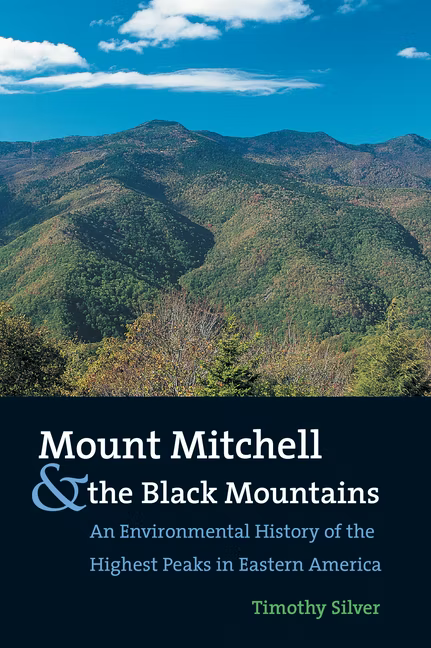 Don’t miss App State Professor Emeritus Tim Silver for an eye-opening discussion of his book, Mount Mitchell and the Black Mountains: An Environmental History of the Highest Peaks in Eastern America.

In his work on this book, Silver drew on both the historical record and his experience as a backpacker and fly fisherman in the region. He recounts the story of Elisha Mitchell, the renowned University of North Carolina professor for whom the mountain is named and who fell to his death there in 1857.

But nature’s stories — of forest fires, chestnut blight, competition between plants and animals, insect invasions, air pollution, and climate change — are also part of the narrative, making it the first history of the Appalachians in which the natural world gets equal time with human actions. Only by understanding the dynamic between people and nature, Silver believes, can we begin to protect the mountains for future generations.

The book won the 2003 Ragan Old North State Award for the best work of non-fiction by a North Carolina writer. It also received the Philip D. Reed Memorial Award from the Southern Environmental Law Center, recognizing Silver’s work as the year’s best writing on the southern environment.

Silver earned his Ph.D. at the College of William and Mary and taught in the App State Department of History for 37 years. Specializing in environmental history, he wrote two books, co-authored a third, and published numerous articles in scholarly journals and popular magazines.