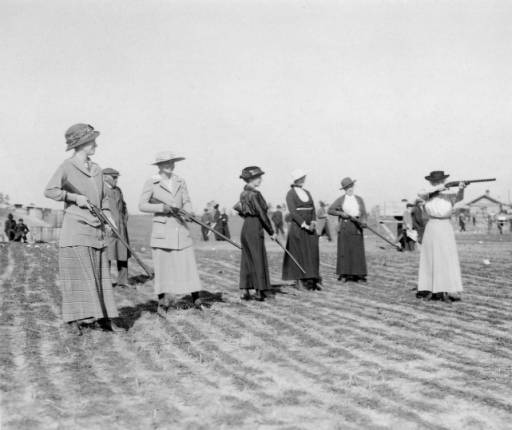 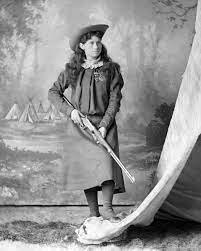 Annie Oakley was born Phoebe Ann Mosey in 1860 near Willodell, Ohio. She began trapping at the age of 7 and hunting by age 8 to help feed her family after her father died. She sold game to hotels and restaurants throughout Ohio and by the age of 15 had paid off the mortgage on her mother’s farm.

In 1875, when Annie was 15, the Baughman & Butler shooting act was being performed in Cincinnati. Marksman Frank Butler, an Irish immigrant, placed a $100 bet per side with a hotelier saying that he could beat any local shooter. The hotelier set up a contest between Butler and the 15-year-old Annie, saying, “The last opponent Butler expected was a five-foot-tall, 15-year-old girl named Annie.” Annie won the match and soon after, Butler began courting Annie and they married.

Annie’s prowess earned her a spot in the Buffalo Bill Wild West Show. Her most famous trick was to split a playing card, edge-on, and shoot several more holes in it before it hit the ground, using a .22 caliber at 90 feet. She also gained fame for shooting the ashes off her husband’s cigarette.

She continued to set records into her sixties and also engaged in extensive philanthropy for women’s rights and other causes, including the support of young women she knew.

In 1924, at the age of 63 Annie operated a shooting range at the Mayview Manor in Blowing Rock. Known as the “Queen of Blowing Rock Hotels,” Mayview Manor was the vision of Charlottean Walter Alexander and drew some notable names, including former First Lady Eleanor Roosevelt and then-Vice President Richard Nixon in the 1950s. During her time at Mayview, Annie still hit 98 out of 100 clays during one demonstration. She passed away just over two years later. The Mayview closed in 1966 and was demolished in 1978. 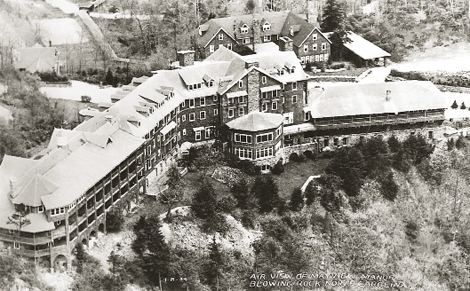