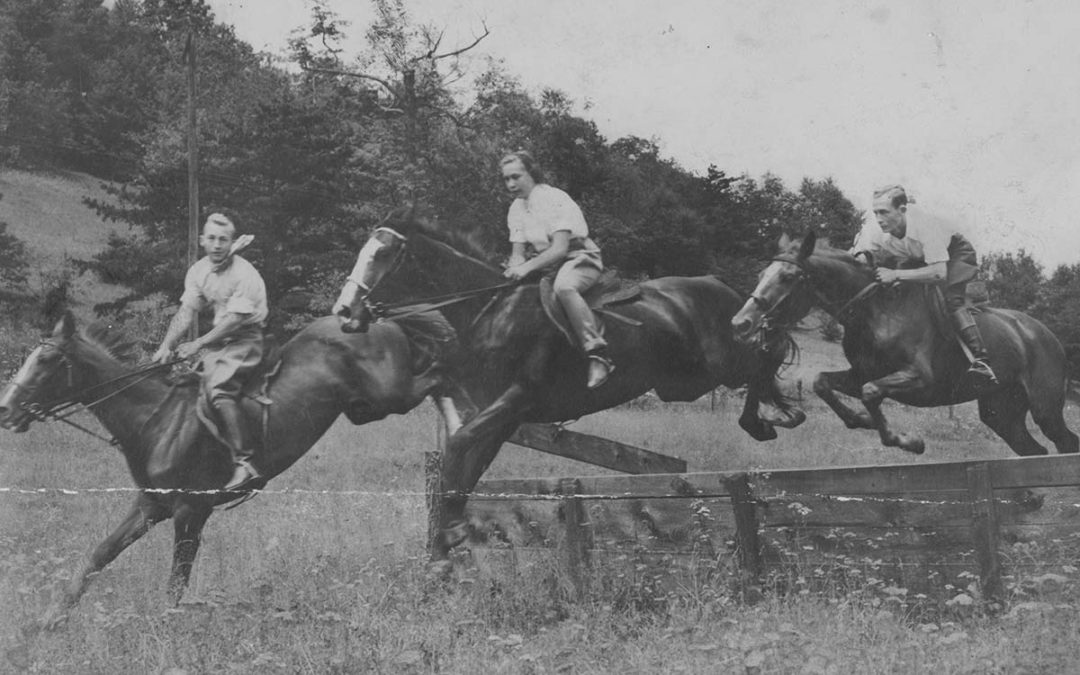 The original “Tournament at Green Park” was a gymkhana consisting largely of games on horseback, which can best be described as an equine fashion show for the amusement of Green Park Hotel guests as early as 1897.

In 1923 Lloyd M. Tate, a horsemen from Pinehurst, held his first Blowing Rock Horse Show on Green Hill Road, just up the mountain behind the Green Park Hotel. During these early years, the show evolved into an official sporting event, albeit still a “fun show” as it was often referred to by Mr. Tate.

By the mid-1920s, Mr. Thomas H. Broyhill had purchased around 1,000 acres of land, consisting of much of the Mayview section of Blowing Rock. The horse show moved to a small, little-used golf course on the land owned by Mr. Broyhill; in the hopes of making it an attraction for guests of the nearby Mayview Manor Hotel. In 1934 Mr. Broyhill sold the “horse show grounds” to the Blowing Rock Charity Horse Show Association for $1.00.

The show features Saddlebred in June each year and Hunter/Jumper I & II late July-August each year. Please visit their website for more information: https://brchs.org/