Chetola Resort: A Haven of Rest with a Rich History 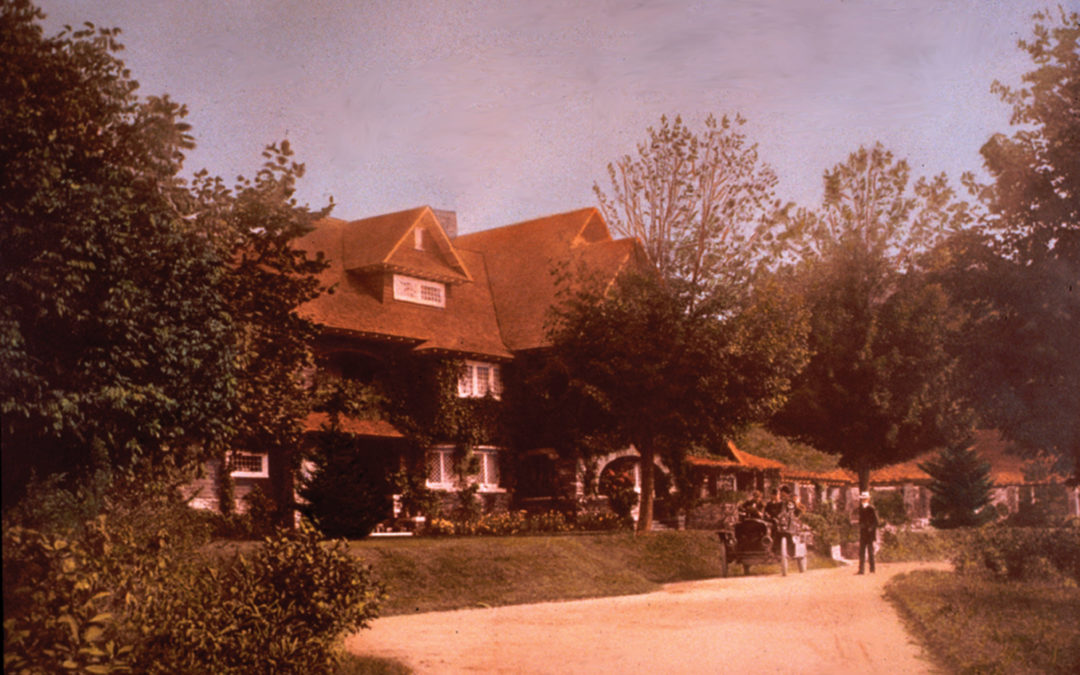 In 1846, Lot Estes purchased 100 acres with a horse stable and a way station for freight, passengers, and mail for only 5 cents per acre. Mr. Estes built a family home which was eventually used as a boarding house and became known as Silverlake, a summer resort. In 1892, Alabama native William Stringfellow purchased the resort, convinced by his wife that the cooler weather would improve her husband’s tuberculosis. It was the Stringfellows who actually named the estate Chetola, which in Cherokee means “Haven of Rest” and turned it into one of the most beautiful private dwellings in Blowing Rock. Mr. Stringfellow enlarged the estate by building a spring house, a smokehouse, a servant’s house, a caretaker’s home, and a large horse stable. William Stringfellow’s health improved greatly while at Chetola. In 1919 he sold the property.

In 1926, J. Luther Snyder, a Coca-Cola bottling mogul, purchased Chetola Estate. He paid $36,000 for 36 acres. Known as the “Coca-Cola Kind of the Carolinas,” Luther started his career by traveling the streets of Charlotte in a one-horse wagon selling Coca-Cola to merchants and eventually operated 10 Coca-Cola bottling plants in the Charlotte area. Luther expanded the estate, building a regulation bowling alley for his children, and horseback riding trails joining those at the bordering Moses Cone Estate, which today is located off the Blue.  Ridge Parkway. With six children, the Snyders entertained frequently and often invited the entire community, a glorious time which ended with Luther’s death in 1957 at the age of 83. The estate remained in the family until 1972.

In 1982 Chetola Resort was purchased by a group of businessmen who constructed the lodge, condominiums, and meeting facilities.

Current owners, Rachael Renar and her son Kent Tarbutton purchased Chetola in 1997. In Fall 2004, the Manor House Estate House became the Bob Timberlake Inn at Chetola Resort, a bed and breakfast featuring the designs, furnishings, and accessories of North Carolina artist, Bob Timberlake. Rooms in the Bob Timberlake Inn are named for past and present owners of Chetola, as well as other regional and local historic figures such as Hugh Morton, Moses Cone, and Ben Church. In subsequent years the resort also added a spa, and remodeled the restaurant, after a kitchen fire. While the new restaurant, reintroduced as Timberlake’s was being built, construction crews unearthed a fireplace, estimated to have been built between the 1890s and early 1900s, with an original locust log in the hearth. The fireplace remains in the restaurant’s main dining room, Timbers.

In early August 2011, the Manor House Restaurant, which occupied the main level of the original 1846 Estate House, suffered a kitchen fire and closed for a year while the restaurant underwent a redesign to offer additional lakefront dining. In July 2012 the restaurant reopened as Timberlake’s Restaurant, featuring a menu inspired by artist Bob Timberlake’s culinary favorites and outfitted with Timberlake’s paintings, designs, and historic angling and hunting equipment. While Timberlake’s was being built, construction crews unearthed a fireplace, estimated to have been built between the 1890s and early 1900s, with an original locust log in the hearth. The fireplace remains in the restaurant’s main dining room, Timbers.