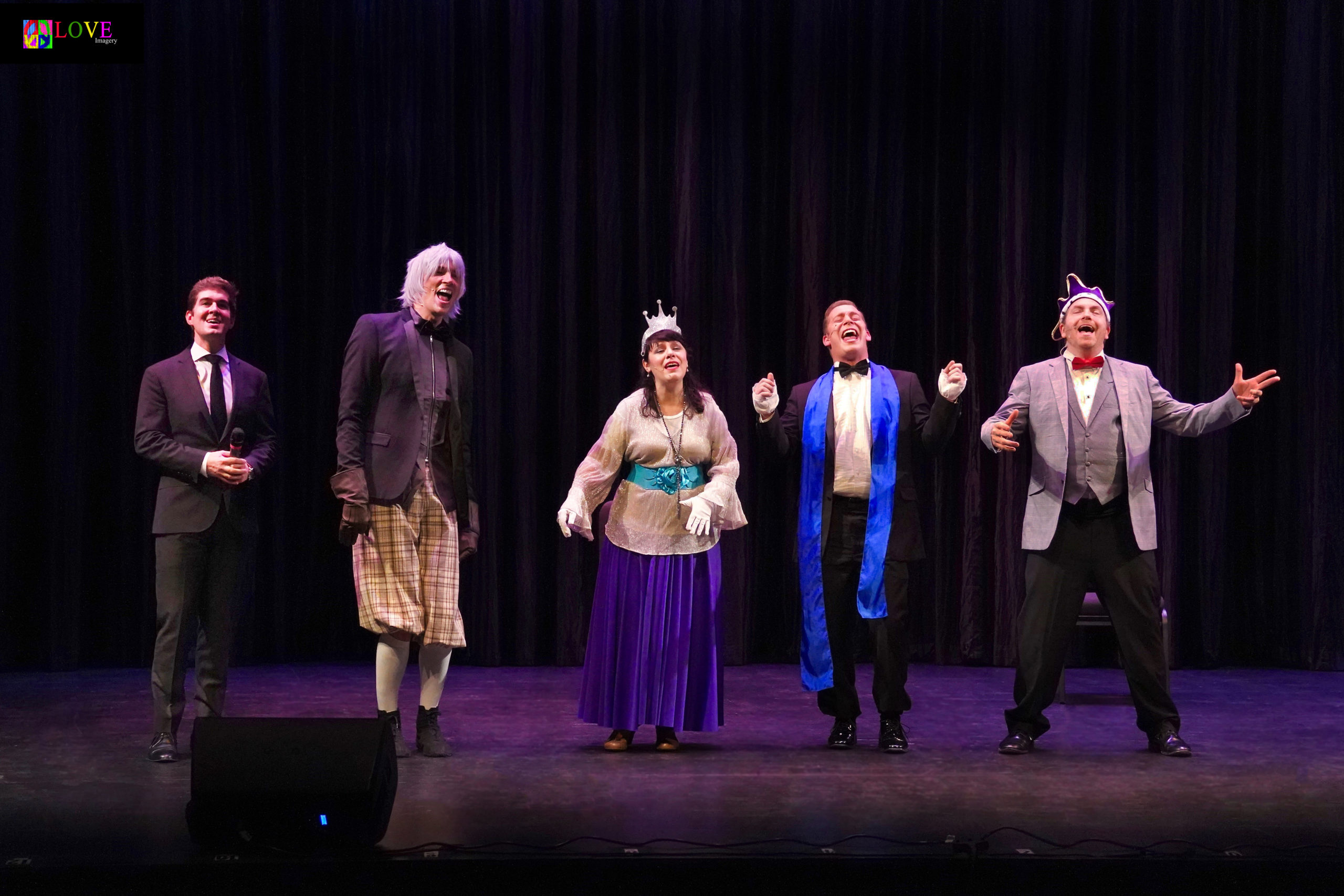 Whose Line Is It Anyway? meets The Tony Awards. Every song is fresh. Every scene is new. Every night is different. It’s all improvised and it’s all funny.

Time Out NY says “At last! A musical of, for, and by the people.”

Broadway’s Next Hit Musical is the only unscripted theatrical awards show. Have you heard of the TONY awards? Well, Broadway’s Next Hit Musical is…The PHONY Awards! The audience members write down made up song titles and our master improvisers gather these suggestions and present them as “nominated songs” for this coveted award. We create spontaneous scenes and songs filled with great dancing, catchy melodies, and tons of laughter. The audience votes for their favorite song and watches as the cast turns that song into a full blown improvised musical – complete with memorable characters, witty dialogue, and plot twists galore. BNHM has been seen recently throughout the United States and in New York City at The Triad Theater, The Tribeca Film Festival, and at The New York Musical Theater Festival, among many other locations.

Under the direction of improv veterans Rob Schiffmann and Deb Rabbai, TheaterWeek hailed the show as “brilliant” and The New York Post called Broadway’s Next Hit Musical “remarkable.”

Don’t miss the next great American musical — it could be written by YOU!

For tickets go to: https://appsummer.org/event/broadways-next-hit-musical/