A Mountain Getaway: Three Things To Do in Blowing Rock This Summer 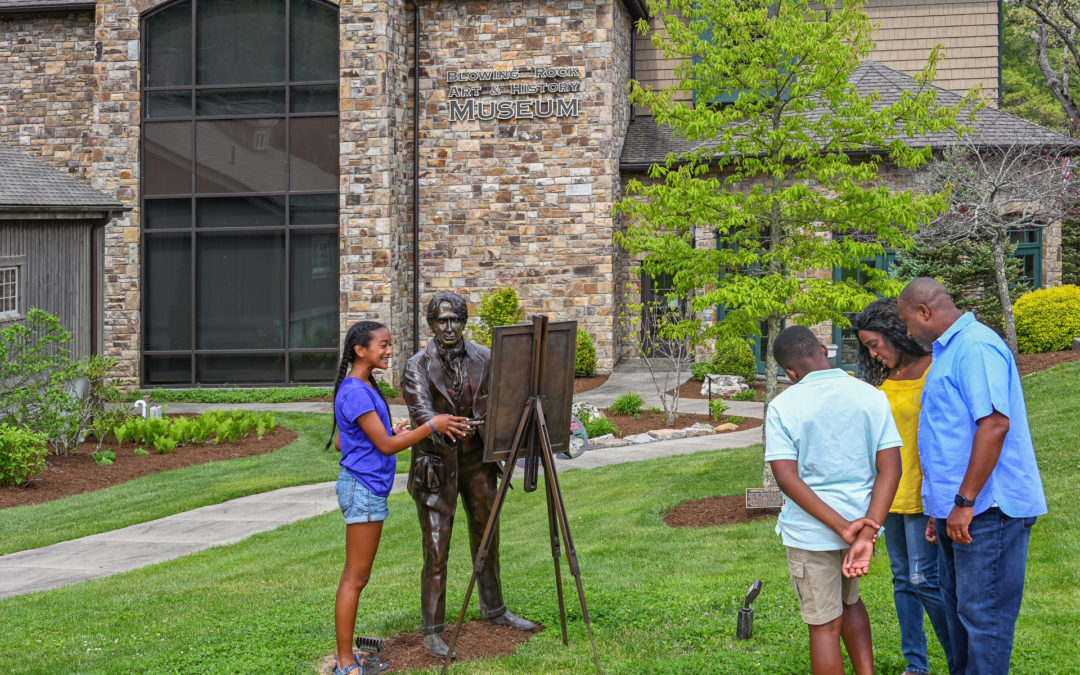 Located on the Blue Ridge Parkway and nestled along ridges against the Pisgah National Forest, Blowing Rock is a Rockwell-esque town with rugged nature in its backyard. Offering the feeling of seclusion without isolation and the quality of being old-fashioned but not outdated, the town has an individual charm. Long cherished as an escape from the summer heat of the lowlands, the town has been welcoming visitors since its incorporation, growing to feature dozens of distinctive local shops, galleries, restaurants, and inns. Now, year-round events entertain and delight, many of them part of long-standing traditions.  All of this, plus a laid-back mountain attitude, make Blowing Rock a pretty little town worth noting. The “village” has been featured by Travel & Leisure among a dozen “Prettiest Winter Towns in America,” which followed behind a summertime granting of the title “Prettiest Small Town in North Carolina” by a group of southeastern travel writers. The town is appealing in any season, to be sure, but it’s also close to a wide array of attractions and activities from National Parks to fine dining, climbing to fishing. Whether you prefer the adrenaline rush of mountain adventures or the slow pace of relaxation (or both), Blowing Rock is an ideal hub for a mountain getaway.

Three Things to Do This Summer The Blue Ridge Parkway is, rightfully, at the top of everyone’s to-do list when they visit the High Country. But did you know that Blowing Rock is also home to NC’s oldest travel attraction AND its first theme park? The town is named for The Blowing Rock, a unique rock formation jutting over broad forests far below; it’s been a landmark destination since 1933. The Blowing Rock is the site of an old romantic legend and home to near-constant winds, where even the snow blows upside down. Tweetsie Railroad, celebrating its 60th anniversary this year, is a rip-roaring Wild West theme park featuring the historic steam engine No. 12 that once ran the commercial rails in Western NC.  Enjoy trips on the train and other classic amusement rides, themed performances, gem mining, and even a small zoo. Special guests and events fill the calendar, too, from the Grammy-award winning Riders In The Sky to the Railroad Heritage Weekend. Blowing Rock is surrounded by natural beauty, and there is a huge network of nearby trails that provide up-close access. If you are looking for relaxing leg-stretchers, try one of the loops or byways within the 26 miles of carriage trails at Moses Cone Memorial Park, just a stone’s throw from downtown. The Blue Ridge Parkway features more paths to explore, like the Boone Fork and Tanawha trails, which offer glimpses of a wide variety of mountain streams, coves, glens, and vistas. Up for a real challenge? Take on the Grandfather Trail on Grandfather Mountain. This ridge-and-peaks trail is a rugged path that features a series of ladders for access. There’s even a trail right off Main Street in Blowing Rock- the Glen Burney Trail follows the path of New Year’s Creek, ending at a picturesque waterfall.  You can also access the extensive Appalachian Trail and the cross-state Mountains to Sea Trail in Blowing Rock.

Take in the Culture The Blowing Rock Art & History Museum (BRAHM) is a distinctive place, offering an impressive permanent collection alongside engaging rotating exhibits that highlight the regional culture of the Blue Ridge Mountains. BRAHM is also dedicated to highlighting creators of art with regular concerts and lectures and encouraging budding artists with workshops and classes, all open to the public. This preoccupation with creativity is itself part of the culture in Blowing Rock, as the town has been a haven for generations of artisans inspired by the Blue Ridge. This tradition is celebrated in local galleries, recurring concert series, and events like the long-running Art in the Park.  Right next door to BRAHM in the historic Edgewood Cottage, regional artists are celebrated at Artists in Residence each July and August. Edgewood was the summer cottage of famed artist Elliot Daingerfield, who called Blowing Rock home and taught classical painting classes for ladies (still taboo at the time) at the cottage.