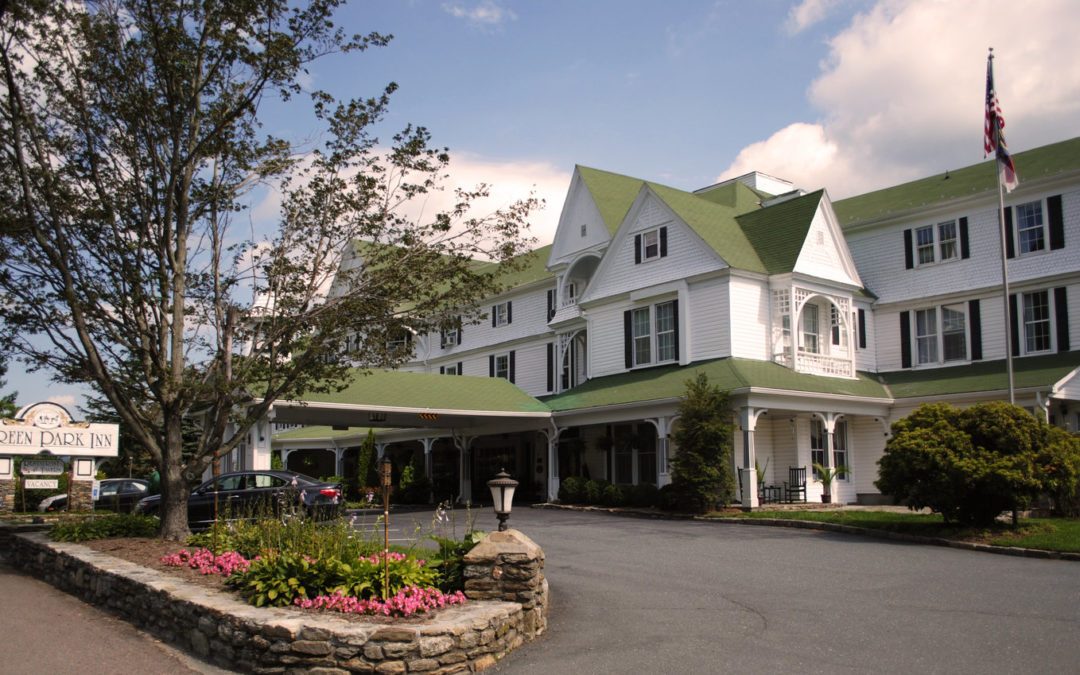 Blowing Rock, North Carolina’s Green Park Inn was awarded the Best Small Hotel for 2015 by the Historic Hotels of America Organization at their Annual Meeting held in October held in French Lick, Indiana. Historic Hotels of America is a selective group of over 275 historic American hotels, all listed on the National Historic Register, and admitted based on an extensive on site review conducted by the organization staff. The organization is a division of the Preferred Hotel Group, and operates under the auspices of the National Trust for Historic Preservation.

The Green Park Inn was also cited at the meeting for its Best Practices in Creative Historic Marketing and Promotions aimed at the cultural and historic traveler, and for its 125th Anniversary of operation celebration, scheduled for May of 2016. “Historic Hotels of America is proud to congratulate the 2015 Awards winners,” said Larry Horowitz, Executive Director of the organization. “These historic hotels represent the pinnacle in historic hotel achievements from Oregon to Florida.” The awarded hotels were nominated by fellow members, past award winners, and travel experts. A panel of judges weighed the nominees in each category in order to determine the winner. “Our historic hotels have all faithfully maintained their authenticity, sense of place, and architectural integrity, and are located in 44 states, the US Virgin Islands, and Puerto Rico.

The Green Park Inn is a family owned full service hotel with 80 rooms, sixty of which have been restored and reopened, with the remainder to follow. The Inn is constructed entirely of American Chestnut wood, now extinct. Their Chestnut Grille, located in the original grand ballroom, offers a full menu of custom prepared, delicious dining. The Inn’s Divide Tavern is literally located astride the Eastern Continental Divide. The hotel provides both historic ambience, and modern amenities, such as wide screen cable HDTVs, wireless internet throughout, Keurig coffee machines, custom bathrobes, and other amenities. All guest rooms come with a chef-made hot breakfast.

The Green Park Inn is one of the last operating grand manor hotels, that were built in the mountains of America to serve as a refuge from the rigors of 19th century urban life. Their Victorian or Queen Anne architecture copied the style of the country manor houses of the wealthy. The Green Park Inn was constructed as a luxury hotel in 1891, with running water and electric in all of its spacious rooms. It has always served as a social center for the Appalachian Mountain community and proudly sits as the jewel in the crown of the Blue Ridge Mountains.

Lorry Mulhern, the General Manager commented that, “This award is a testament to all the efforts of the staff, local contractors, and owners, who all contributed to restoring and saving this national treasure from imminent destruction in 2009.” The Inn adds a key component to the travel experiences offered in the picturesque Town of Blowing Rock, situated at 4,000 feet elevation, with its vast array of dining, shopping, and lodging options for domestic and International travelers.

For reservations or information, please contact the hotel at 828.414.9230 or at www.GreenParkInn.com.

For information on Historic Hotels of America, visit www.HistoricHotels.org.