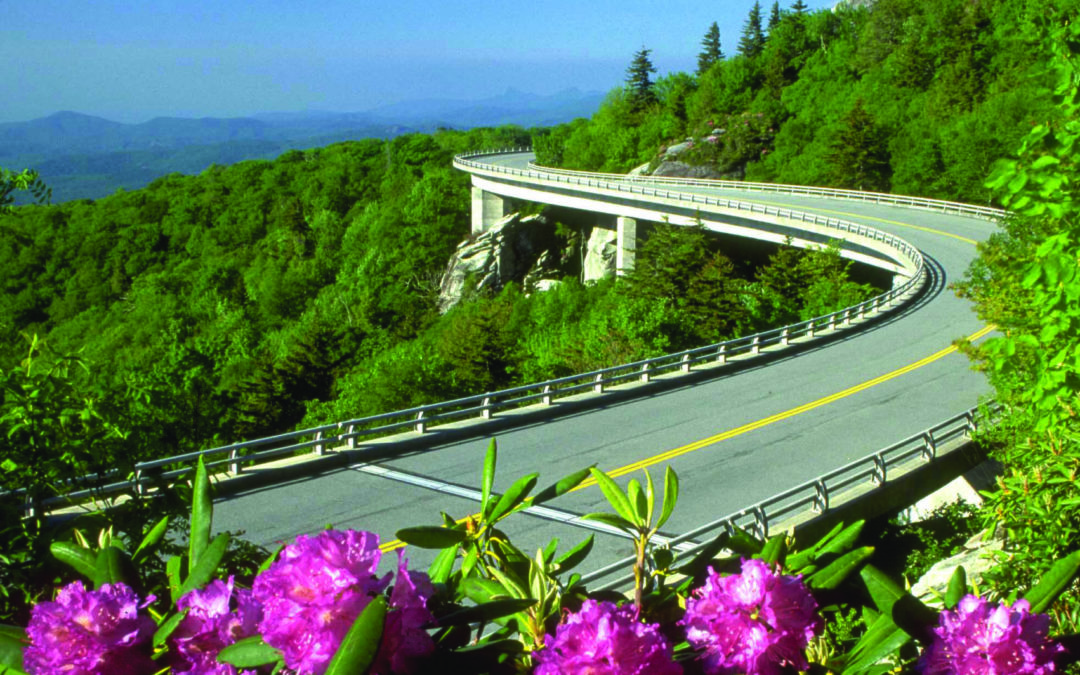 Once known as the “missing link” of the Blue Ridge Parkway, this architectural marvel was the last section of the Parkway to be completed in 1983. It was designed to protect the fragile habitat of adjacent Grandfather Mountain. This 1,243 feet long, concrete, segmental bridge was constructed to eliminate massive cuts and fills, resulting in a complicated bridge, snaking around boulder-strewn Linn Cove in an “S” curve. It remains surrounded by old-growth trees, as very few were removed for its construction. It’s exhilarating to drive over, with wide, unobstructed views to the south.

Explore a bridge museum and visitor center at the south end of the Viaduct. From the visitor center, a trail leads under the Linn Cove Viaduct and continues on to the Tanawha Trail.

Trails: Linn Cove Viaduct Access Trail and a connection to the Tanawha Trail