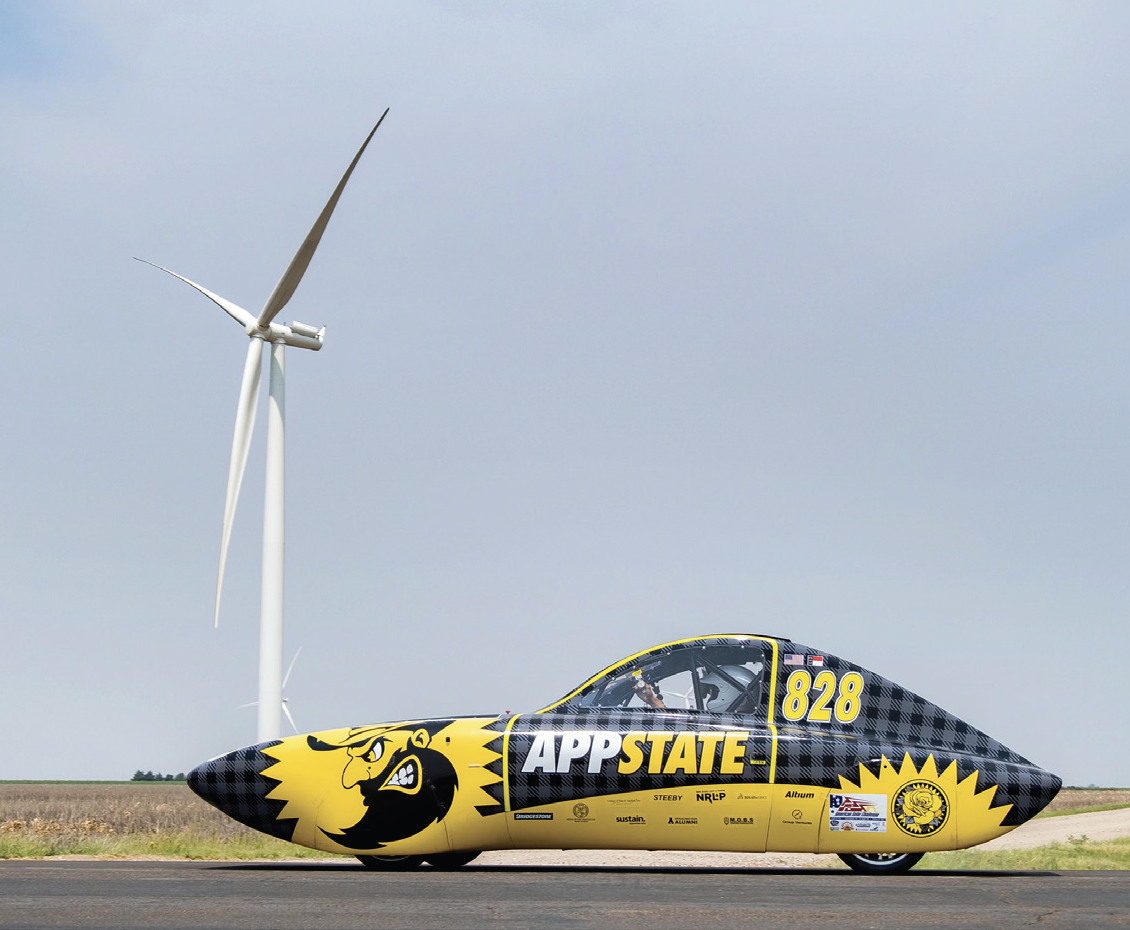 Join App State’s Lee Ball for a lively presentation and video about the university’s solar vehicle, ROSE, which won first place in the Cruiser Class during the 2021 American Solar Challenge and second place in the 2021 Formula Sun Grand Prix.

In addition to his duties as Chief Sustainability Officer, Ball serves as an advisor for Team Sunergy, App State’s solar vehicle team, which is recognized by the international solar racing community for its excellence.

In the 2021 American Solar Challenge, App State was one of nine university teams — including MIT, University of California, Berkeley, and Georgia Tech — that qualified to compete and was among only two universities that do not offer engineering programs.

Team Sunergy won all three stages of the race from Missouri to New Mexico, clocking a total of 964.8 miles. The team also took top awards for teamwork and electrical design.

Designed, built, and raced by Team Sunergy in 2018, ROSE was reengineered in 2021. The car has a top speed of 60 mph and a maximum range of 300 miles on a single battery charge.

Team Sunergy began in fall 2013 as a class project to build a solar-powered golf cart and developed into an interdisciplinary team of App State students, faculty, and staff working together to research and develop solar-powered race cars. Supported by faculty from its inception, it was institutionalized and funded by Chancellor Everts.