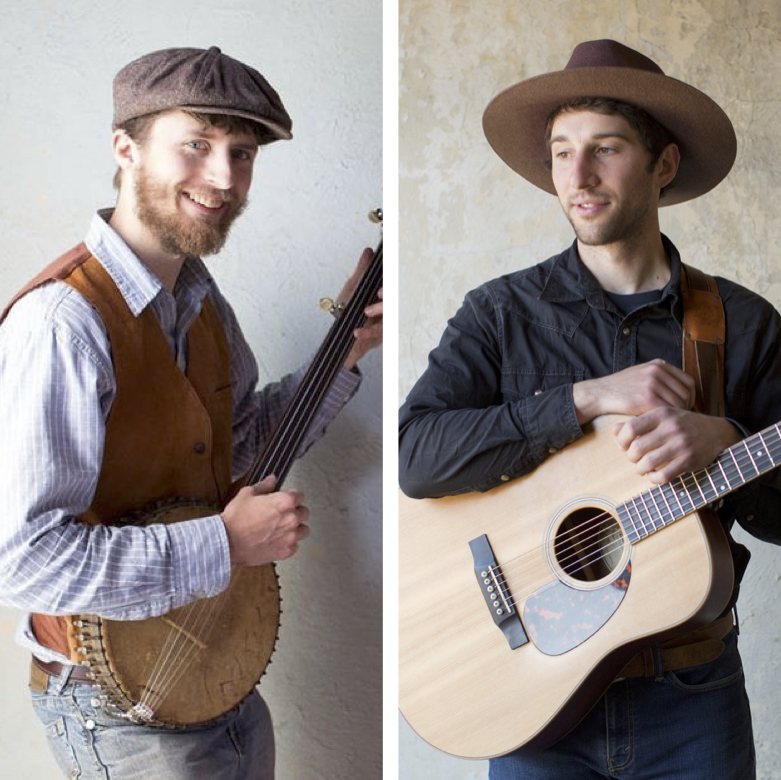 Our concert series brings touring artists for intimate performances in the museum. Programs range from classical to old-time, traditional Appalachian to jazz – with something for all ages. Our concert series runs monthly from June to September, as well as special events.

Concerts are on Sundays from 4 p.m. until approximately 6 p.m. They take place in our intimate Atrium, which seats 60 guests. Seating is first come, first served and the museum opens at 1 p.m. on Sundays during the summer. Each concert will have a brief intermission.

Tickets for the 2018 season are now on sale and can be purchased online or in person at BRAHM’s front desk during regular museum hours.

Tim McWilliams & William Ritter met in Boone, NC while both were attending Appalachian State University, pursuing their M.A. in Appalachian Music. While they picked together all of the time in the High Country, they did not start performing together until 2019. When you see and hear Tim McWilliams and William Ritter playing together, one thing is immediately clear: They are having a heck of a good time. Tim’s flatpicking and bluesy vocals blend with William’s harmonies and old-time infused fiddling to offer up a distinctive and infectiously fun sound. Their shows feature classic fiddle tunes, bluegrass, and lots of music by their heroes: Doc Watson, Merle Haggard, Hank Williams, Tim O’Brien, Norman Blake, and others.

Tim McWilliams is an accomplished flat-picking and finger-style guitarist, embodying the diverse roots music traditions of Western North Carolina. Since 2014, he has performed full-time as the guitarist, banjoist, songwriter, and vocalist with his group, Redleg Husky, as well as a solo artist. In 2017, he received an endorsement for Larrivee Guitars and performed more than 250 shows on stages throughout the greater Southeast. In 2018, Redleg Husky released their new album, "Don’t Be Bashful," and performed at many notable regional festivals including LEAF, Fall for Greenville, and the Downtown Asheville Independence Day Celebration alongside acclaimed bluegrass guitarist Larry Keel.

William is a native of Bakersville, NC, and an alum of Western Carolina University. He graduated with a degree in Technical Theatre, but spent most of his time in school studying the musical folk traditions of Western North Carolina. Recently, William received his MA in Appalachian Culture and Music from Appalachian State University. William plays banjo, fiddle, guitar, and other "string-ed things." He is particularly interested in old apple trees and mountain humor–ever eager to swap lies, half-truths, jokes, and seeds.