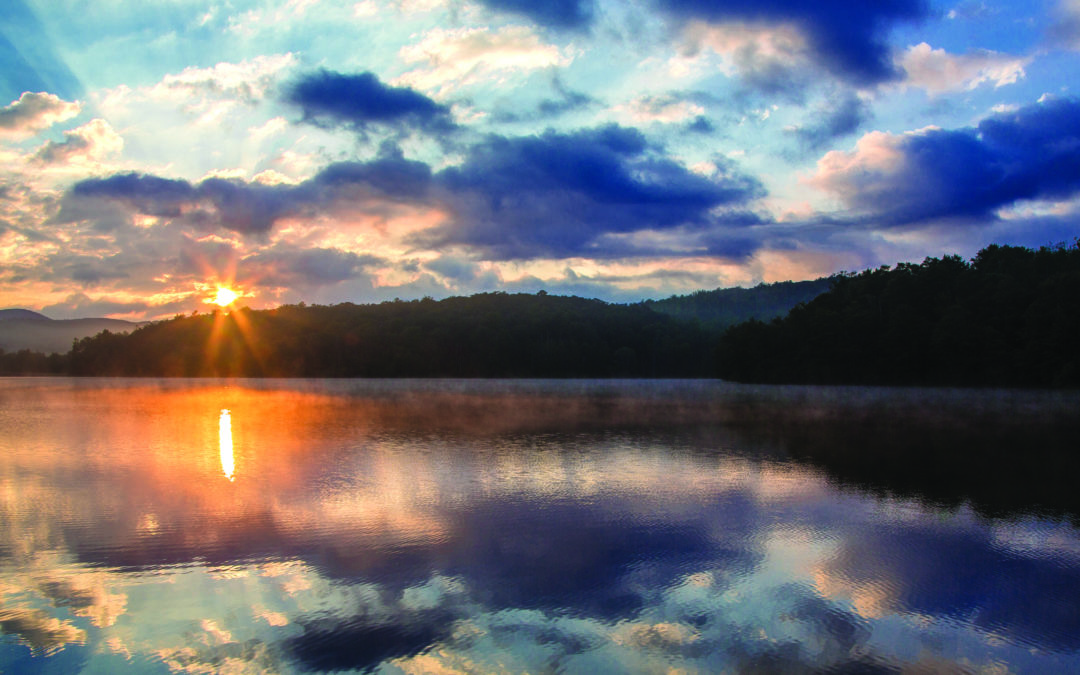 Enjoy 4,200 acres of rolling mountains with elevations ranging from 3,400 to nearly 4,000 feet, plus a lake, stream, hiking trails, and a campground at Julian Price Memorial Park on the Blue Ridge Parkway at Milepost 297.

Julian Price was an insurance executive in the early 1900s who prospered as a principal developer of the Jefferson Standard Life Insurance Company, which later became Jefferson-Pilot Life Insurance Company. Price purchased the 4,200 acres in the 1930s to provide a recreation area for his employees. When he died in 1946, his heirs left the land to the Blue Ridge Parkway as a memorial to him.

Directly adjacent to the Moses H. Cone Memorial Park, together the two parks comprise the largest developed area set aside for public recreation on the Parkway. Price Park is home to the largest campground on the Parkway and is a popular picnic spot. Visitors enjoy interpretive programs, fishing, canoe and kayak rentals at Price Lake, and an extensive trail system. 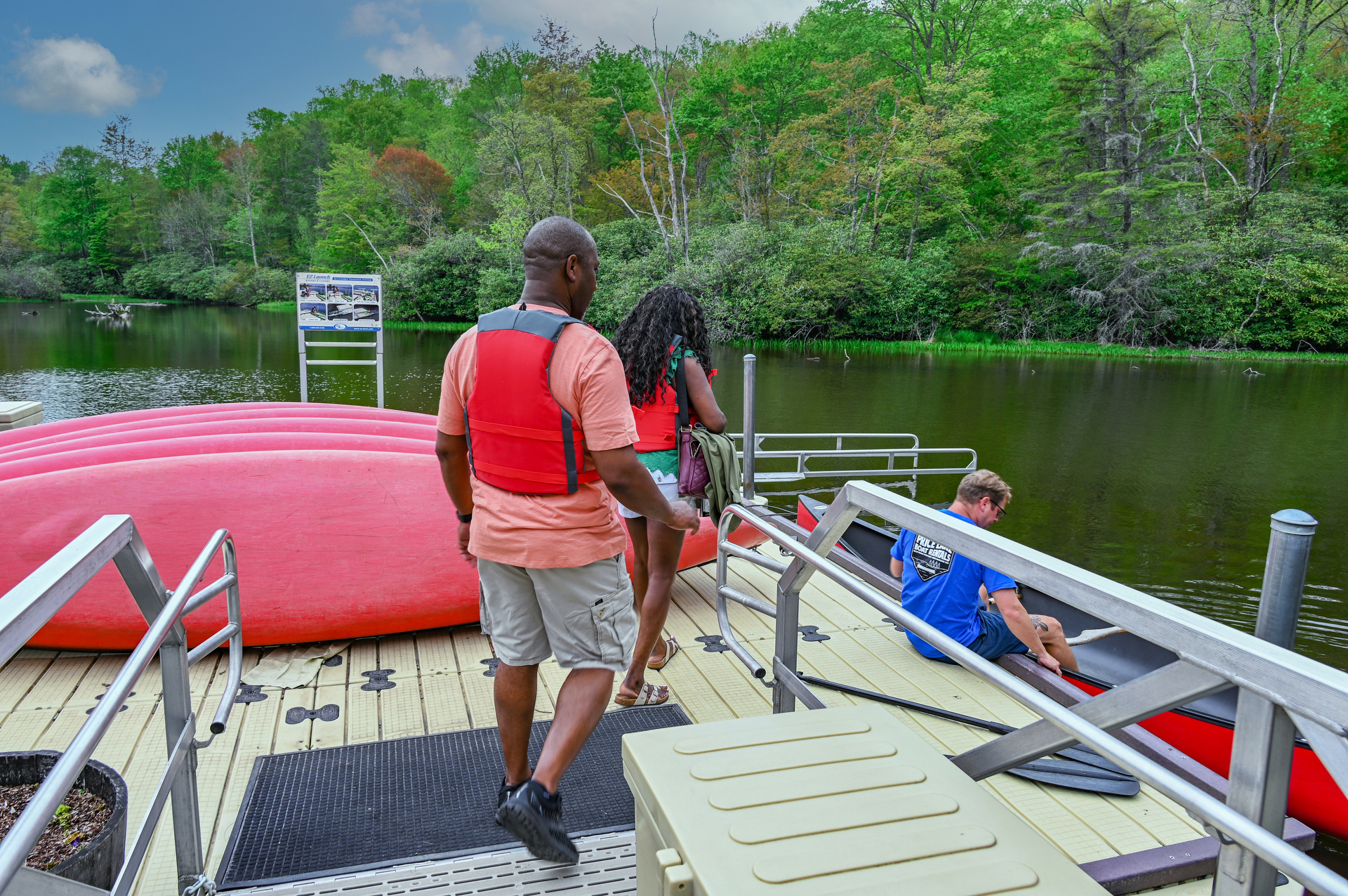 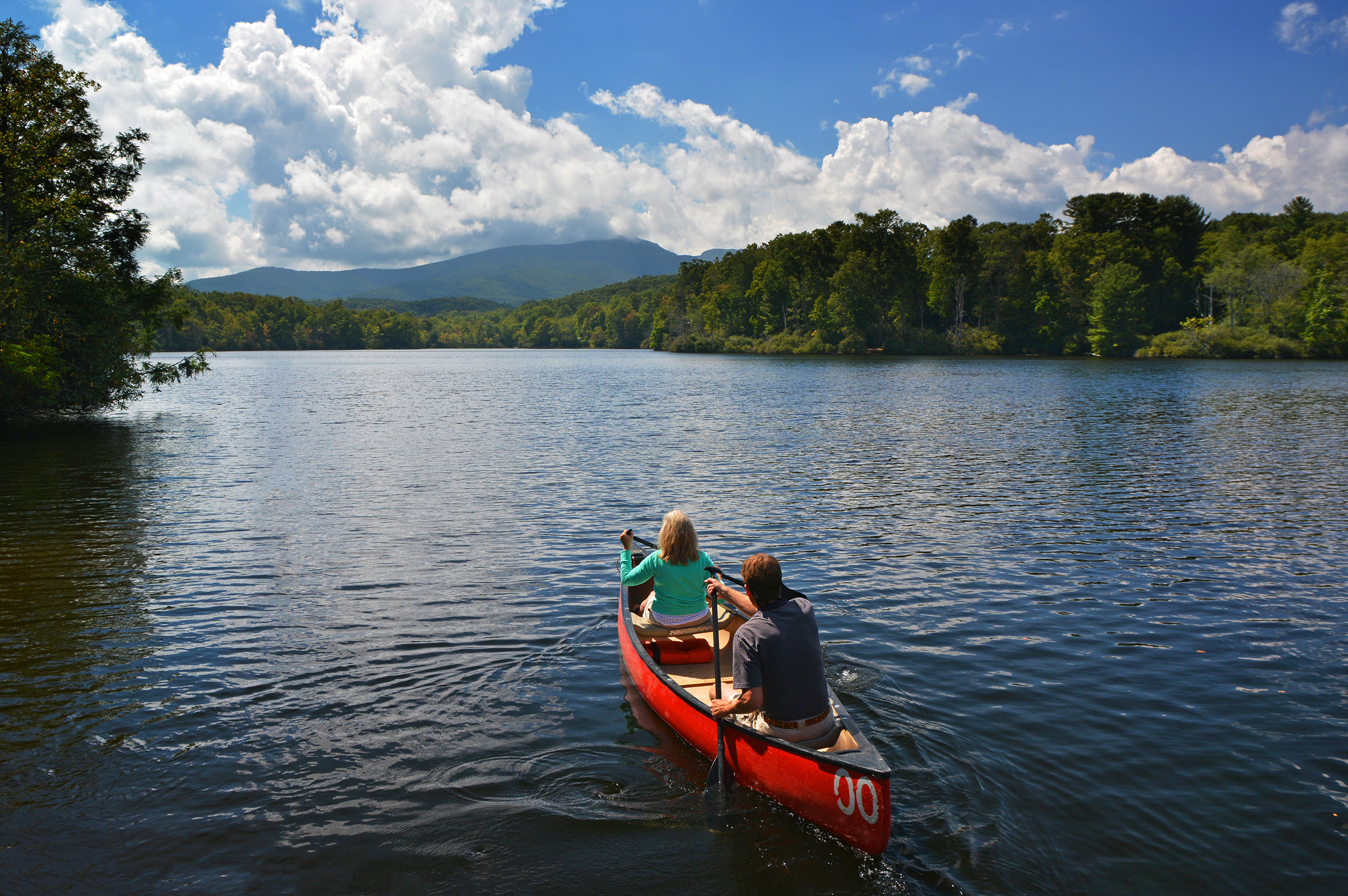 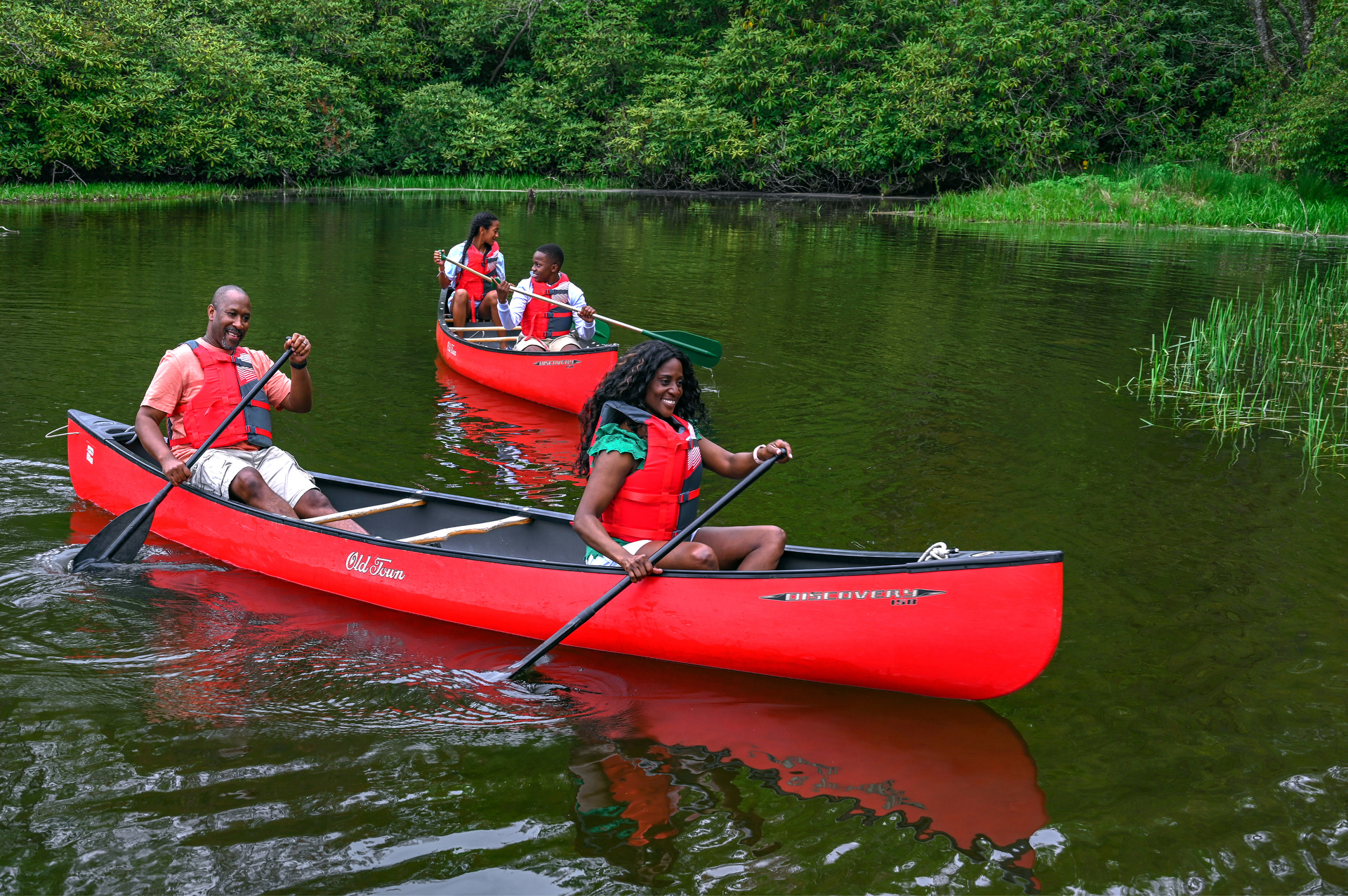 Formed in the 1940s by damming up Boone Fork Creek, the focal point of Julian Price Memorial Park is the 47-acre Price Lake. The Lake offers fishing, canoe, single and double kayak, and paddleboard rentals, a 2.5-mile hiking loop around the lake, and a 300 seat amphitheater for interpretive programs. The picturesque lake is set against the backdrop of Grandfather Mountain with a view of Calloway Peak. Price Lake is open to fishing for anyone with a valid Virginia or North Carolina fishing license. Swimming is not allowed. 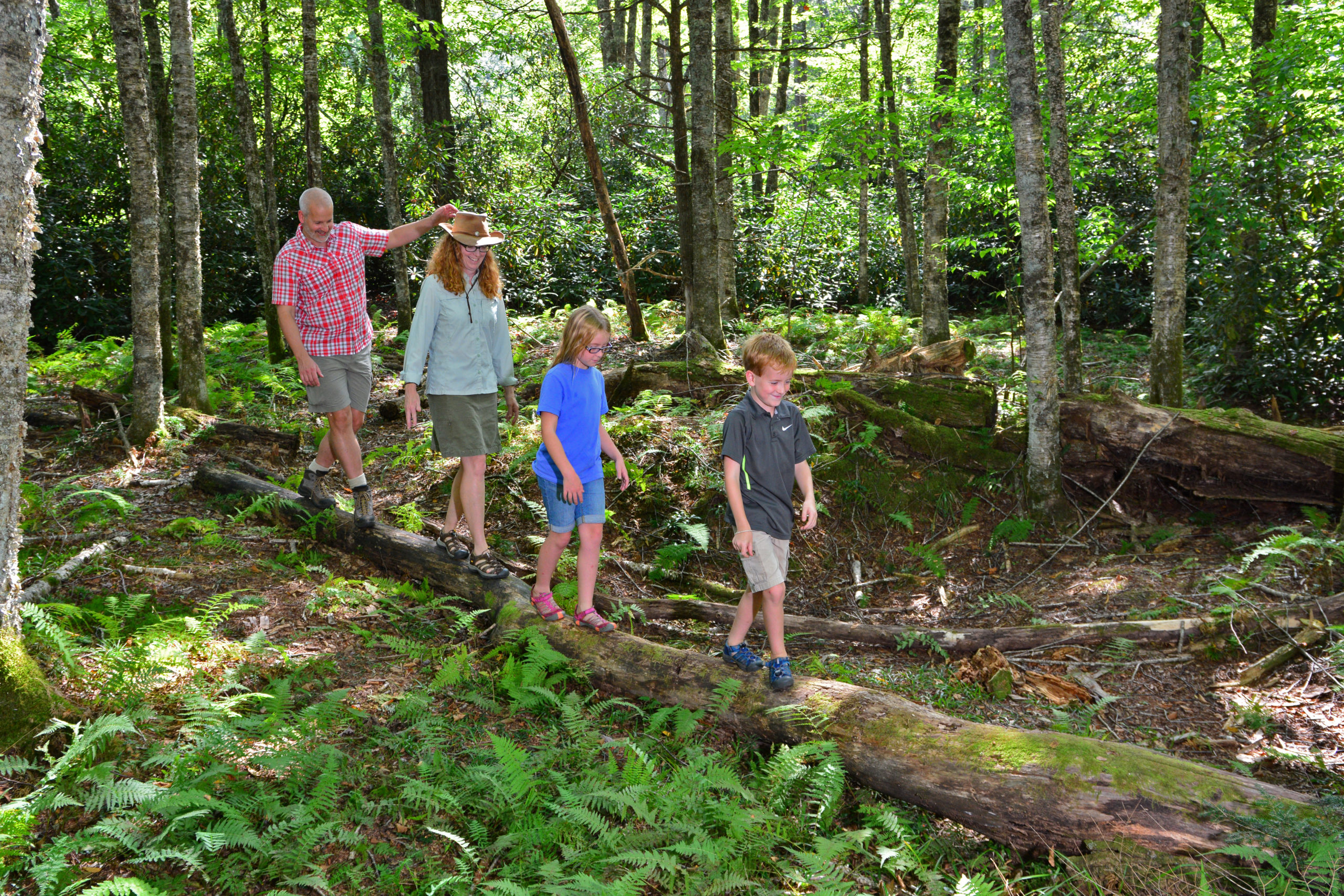 MODERATE
2.3 miles, loop
Dogs allowed on leash
Start at Sim’s Pond Parking Area, (milepost 295.9) Leads to the top of Green Knob and a distant view of Price Lake followed by a view of Calloway Peak on the horizon. 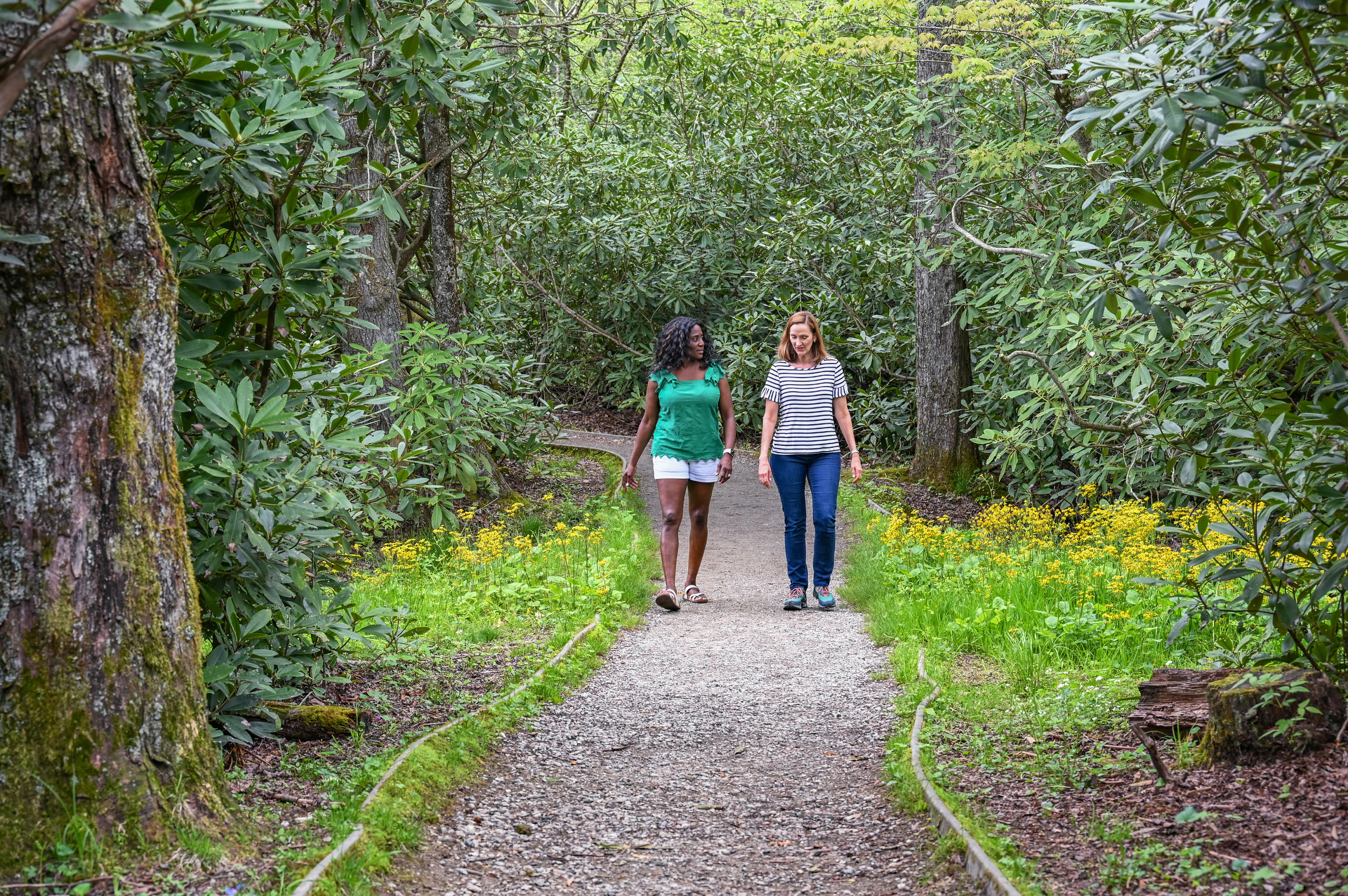 EASY TO MODERATE
13.5 miles
Dogs allowed on leash
The 13.5-mile Tanawha Trail leaves Boone Fork Trail near Price Park Campground. Wander through fields and by streams, skirting the flanks of Grandfather Mountain, ending at Beacon Heights (milepost 305.5). Parking and access for the Tanawha Trail in Price Park are available at the Boone Fork Overlook (milepost 297.1).

The Mountains-to-Sea Trail runs jointly with the Boone Fork Trail for half its length. Signs indicate entry and exit points. The Mountains to Sea Trail stretches 1,175 miles from the Great Smoky Mountains to the Outer Banks.

Price Park Campground has 129 tent sites and 68 RV sites. Sites on Loop “A” are located near Price Lake. Reservations can be made for portions of this campground online at www.RECREATION.gov or by calling 1-877-444-6777. One backcountry campsite requiring a hike is available, and a permit must be obtained from the campground during the season. 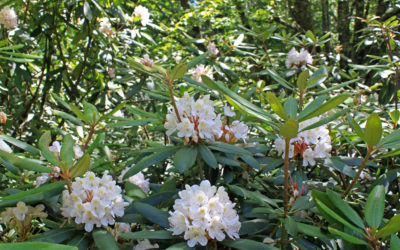 Lots of people ask about when the rhododendrons bloom, and that depends on species, elevation, and local climate. The Rosebay, also known as the white rhododendron, is a prominent rhododendron along the Blowing Rock areas of the Blue Ridge Parkway. The blooms vary...

END_OF_DOCUMENT_TOKEN_TO_BE_REPLACED 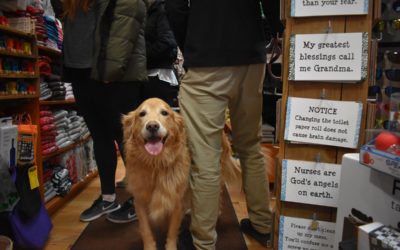 Instead of leaving your dog behind when you go on vacation, bring your four-legged family member to beautiful Blowing Rock! Below, we’ve outlined a great one night adventure of activities and sights that are perfect for you and your pet.   Morning -Start your day...

END_OF_DOCUMENT_TOKEN_TO_BE_REPLACED 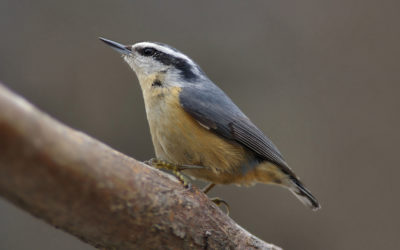 Blowing Rock is located on the Blue Ridge Parkway and bordered by the Pisgah National Forest, providing close proximity and easy access to a multitude of habitats. This area of the Blue Ridge Mountains provides a home for about 160 breeding species of birds, with over...

END_OF_DOCUMENT_TOKEN_TO_BE_REPLACED 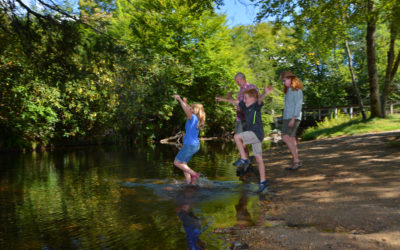 6+ Ways To Cool Off This Summer In Blowing Rock

1.Waterfall HuntingGetting close to water is a great way to cool off, and few experiences are as exhilarating as getting close to a waterfall. Hikes vary from easy to strenuous, and a handful of area waterfalls even have a swimming hole. Blowing Rock has waterfalls...

END_OF_DOCUMENT_TOKEN_TO_BE_REPLACED 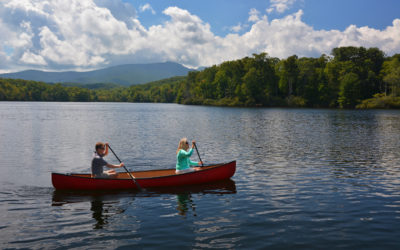 The Blue Ridge Parkway is  America's Favorite Drive, but there are lots of ways besides the family car to see the local sights. Try some of these on your next visit!       Horseback Trail Rides Enjoy the trails of Moses Cone Memorial Park from astride a friendly horse...

END_OF_DOCUMENT_TOKEN_TO_BE_REPLACED 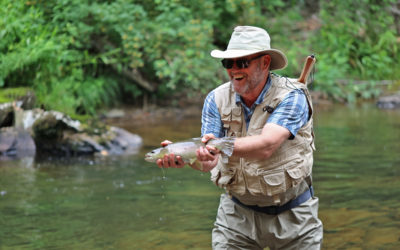 The High Country’s beautiful streams, lakes, and rivers provide wildlife sanctuaries and many recreational opportunities- like fishing! The best times of year to fish for trout here in in the High Country are the spring, fall, and winter months, when the water temperature is between 45° and 65°. Our waters offer excellent opportunities for catching brown, brook, and rainbow trout.

END_OF_DOCUMENT_TOKEN_TO_BE_REPLACED

There are no upcoming events at this time.